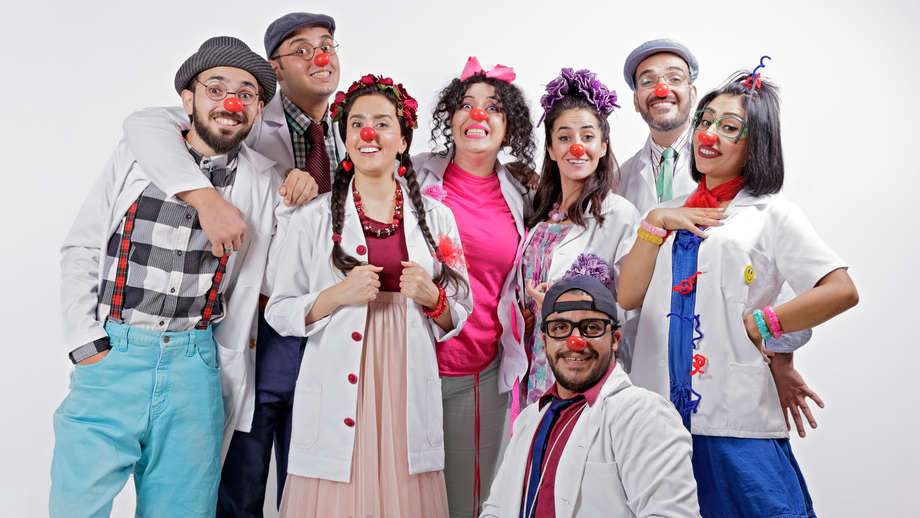 The journey of RED NOSES in Jordan started as part of the RED NOSES International programme “Emergency Smile” in 2014. At that time, clown visits were conducted to camps of Syrian and Palestinian refugees (Zaatari, Al Azraq, Baqaa, and Emirati). In parallel, regular clowns visits started taking place at the “King Hussein Cancer Centre” and “Doctors Without Borders Hospital” in Amman, both of whom became strong partners of RED NOSES. Since then, the programmes and clown team in Jordan continued to grow and expand to  other hospitals and facilities until the organisation was officially registered in Jordan in 2017 and became the 11th organisation of RED NOSES group.

By bringing humour and laughter into Jordanian hospitals, our team of healthcare clowns boost the resilience and willpower of their patients. Existing research shows that humour and laughter promote health at various levels, releasing endorphins, consequently has a positive effect on the general well-being,   strengthens the immune system and the psyche, boosts the mood, diminishes the pain and tightens social bonds.

We use cookies to ensure that we give you the best experience on our website. If you continue to use this site we will assume that you are happy with it. More information